Reuben Lucius Goldberg (July 4, 1883 – December 7, 1970) was an American cartoonist, sculptor, author, engineer, and inventor. All American screwball comics stem from Rube Goldberg. Starting in 1907, Goldberg wrote and drew wacky, observational, and exaggerated screwball comics for various newspapers, creating the template that was refined by others.

It could be said that the primary theme of Rube's comics is insanity as seen in everyday life.

Goldberg was a powerhouse of originality and production. Largely remembered for his "invention-cartoons," Goldberg produced numerous other individual cartoon masterpieces that are now almost totally forgotten. He created an astonishing 60 original cartoon series from 1905-38, including Foolish Questions, I'm the Guy, Mike and Ike, Telephonies, Benny Sent Me, Bobo Baxter, Boob McNutt, and Lala Palooza.

Many of Goldberg's cartoons remain entertaining as sheer screwball farces and purely original cartoons. A great many of his cartoons hold both a fascination and a cautionary attitude towards America's obsession with modern technology. Because we are still immersed in an ever-accelerating technological world, Rube's technology-themed cartoons continue to resonate with modern readers to the extent that his name has now become synonymous with "a wacky, overly-complex invention."

Nonetheless, Rube's legacy extends far beyond his technology cartoons. Rube Goldberg produced a vast body of work that is an American treasure, and yet very few of his cartoons have been reprinted since their original publication in daily newspapers 80 to 100 years ago. Rube Goldberg's legacy of cartoons is ripe for rediscovery, and hopefully this blog will help promote that.

More on Rube Goldberg's life and work to come. This page is a work in progress! Check back sometime and you'll find more here.

In the meanwhile, more information on Rube can be found at his Wikipedia article.

"Something for Nothing" -- Rube draws a perpetual motion machine -- 1940

Monks in Tibet  building their own Rube Goldberg Machine


A Rube Goldberg Gallery of Rare Comics and Art 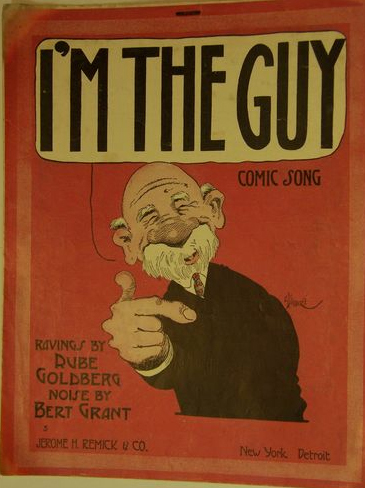 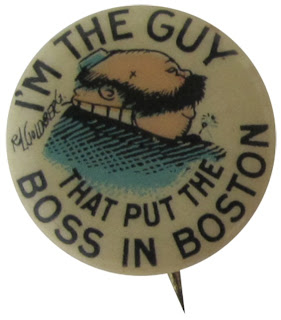 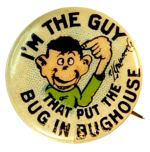 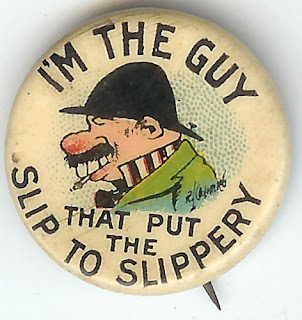 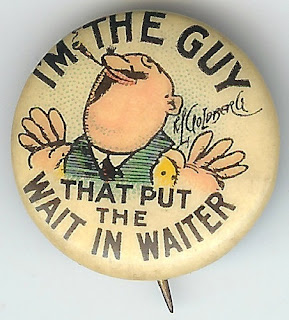 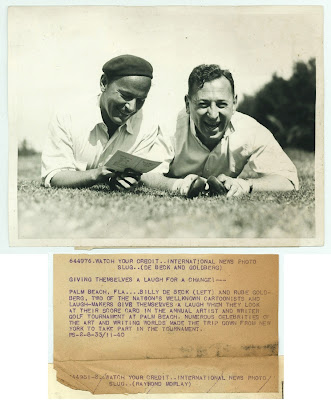 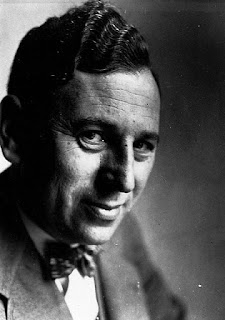 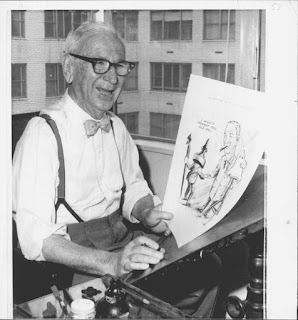 A Gallery of Books by Rube Goldberg 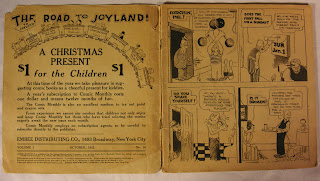 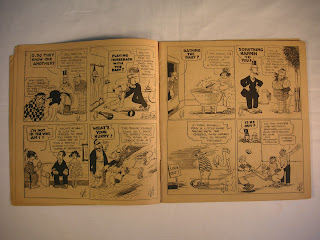 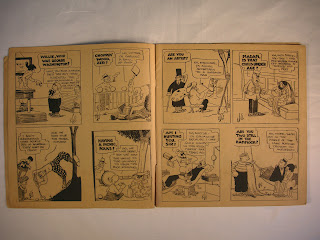 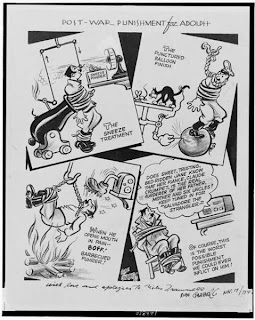 Rube Goldberg was as much a prose writer as he was a cartoonist and visual artist. As shown above, in the 1920s and 30s, he made bid for a career as a professional writer. As American newspaper comics were changing in this time, and Rube's screwball cartoons became out of vogue, it must have seemed a good idea to Rube to develop a second career as a writer.

Over the course of his life, Rube Goldberg wrote several books, dozens of articles, and even a novel and some short stories. As you might expect, much of his work was humorous. However, he also wrote some serious fiction, such as the excellent 1932 short story. "The Old Man Takes His Boy Back Home," reprinted in Peter Marzio's biography. Here's a partial list of his published non-fiction articles and stories. (From The Bancroft Library in Berkeley, California -- which holds the Rube Goldberg Archive. Also citations taken from Rube Goldberg His Life and Work by Pete Marzio, Harper and Row 1973. Lastly, a few of the citations from the collection and research of Paul C. Tumey)

"My Answer to the Question: How Did You Put It Over?" American Magazine, March 1922

"What I Have Found Out About Money" Good Housekeeping, October 1924

"It's the Little Things that Matter" Collier's, November 3, 1928 (with illustrations by Goldberg) (first appearance of Professor Butts, reprinted below)

"I, Rube Goldberg, Hereby Plead for Ether for Husbands, Too" Cosmopolitan, December 1928

"How's the Market?" Cosmopolitan, Sept. 1929 (with illustrations by Goldberg)

"Some Call It Golf but I Call It Midget Insanity" Cosmopolitan, January 1931 (with illustrations by Goldberg)

"What Do You Do with Your Spare Time?" Cosmopolitan, August 1931
"The Gentle Week-end Guest" College Humor, August 1931

"The Greatest Show on Earth ... Every 4 Years" Cosmopolitan, July 1932 (with illustrations by Goldberg)

"Vacation Is a Necessary Evil" Cosmopolitan, August 1932 (with illustrations by Goldberg)

"Buffet Supper: Try and Get It" Good Housekeeping, Sept. 1935 (with illustration by Goldberg)

"America's best Cartoonists in the Most Hilarious Art Exhibition of the Century" Pageant, July 1950 [ Screwball spoofs of classic art by Rube Goldberg, Ernie Bushmiller, Milton Caniff, and others]


"On the Privilege of Being Over Sixty" The Rotarian, October 1950

"I Always Make It A Rule" The Rotarian, September 1952

"Don't Brush Off All the Old Rules" Seventeen, September 1966

"Are You Afflicted With Promptitis?" Pageant, May 1968 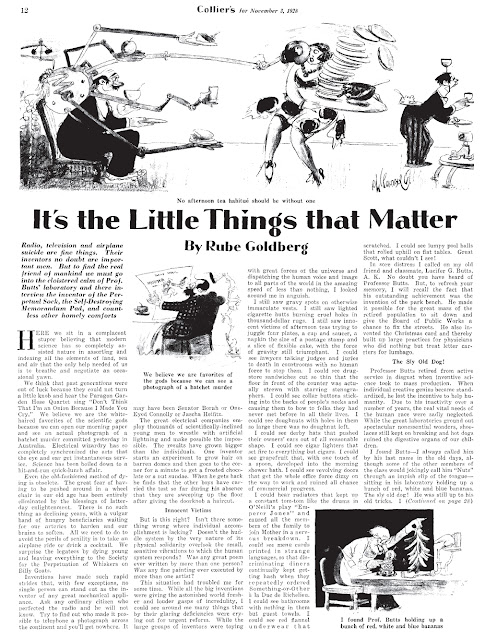 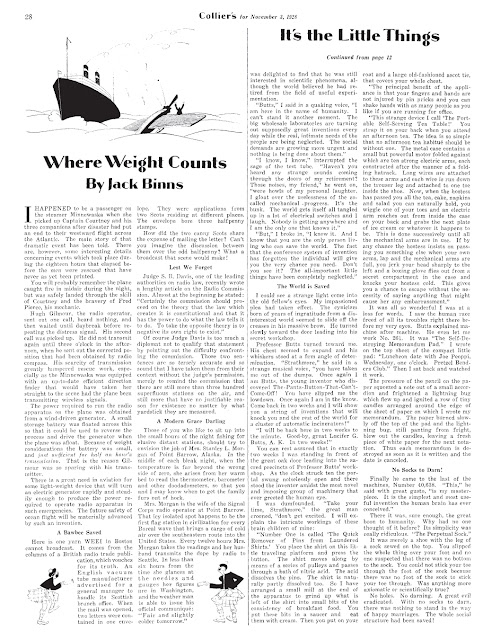 Articles and Books About Rube Goldberg

Buhle, Paul. From the Lower East Side to Hollywood: Jews In American Popular Culture. London: Verso, 2004.

Capp, Al. “I Remember Rube, the Chaplin of the Funny Pages,” Smithsonian, November, 1970.

“Goldberg – A Story of Success: How A Young Man Climbed in Nine Years From No Job to a Millionaire’s
Income,” New York Tribune, January 26, 1916.

Ivey, Jim, “The Many Comic Inventions of Rube Goldberg,” Nemo: The Classic Comics Library No. 24, February 1987.

Kramer, Hilton.  “Laughter That Is Close to Tears” (review of exhibition at Truman Gallery), The New York Times, January 16, 1977.

Murphy, Jimmy.  “Some Inside Dope on a Few of My Fellow ‘Comickers’” Circulation, April 1923.

“Rube Goldberg Denies That He’s A ‘Nut’ And Explains Place of Logic In Cartoons,” The Daily Princetonian, October 11, 1930. 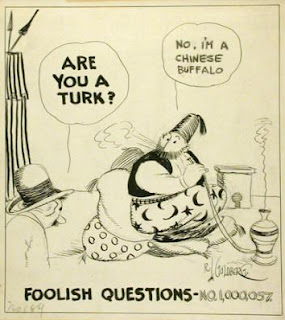 William College Museum of Art
Rube's son, the Broadway and film producer George W. George, gave the college 549 Rube originals. George was an alumni of the College (class of 1941). The above link should take you to an online catalog of the originals where you can view low res scans. Unfortunately, many of the scans are too small to read and the spotty notes show a basic ignorance of Rube's career. Nonetheless, some of the single panels, such as the Foolish Questions above, and the one-page illustrations can be read. Hopefully someday the College will do a better job of displaying these pieces in their emuseum.

Guide to the Rube Goldberg Papers at the Bancroft
In 1964, Rube gave his vast collection of 10,000 pieces of original art, articles, writings, letters, and memorabilia to his alma mater, the University of California. The collection is housed at the Bancroft Library in Berkeley, CA. This link takes you to a listing of the holdings, which is fascinating reading in itself.

Article: Rube Goldberg, Now More Than Ever
I enjoyed reading this 2010 blog posting filled with appreciation and insights about Rube's humor.