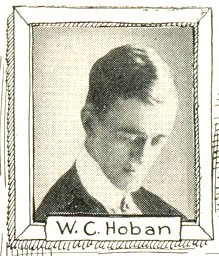 Walter C. Hoban (1890 - November 22, 1939) was an early pioneer and innovator in screwball comics. His beautifully drawn, long-running comic, Jerry On The Job (1913-32) was an exercise in disguised anarchy. Hoban was very likely the first major cartoonist to perfect the flip-take, a character's extreme reaction to a corny joke. Hoban also probably started the multi-track comic, where there are background gags in funny signs, goofy objects, and surreal visual gags. He laid the groundwork for screwball comics that followed. His comics are all worth seeking out and reading. His Sunday comics from the 1930's -- Rainbow Duffy, Needlenose Noonan, and Discontinued Stories-- are all lost screwball classics.

For more on Hoban, see the Wiki article.

An Amazing 1919 Jerry on the Job Sunday

A Walter Hoban Gallery of Rare Articles and Art 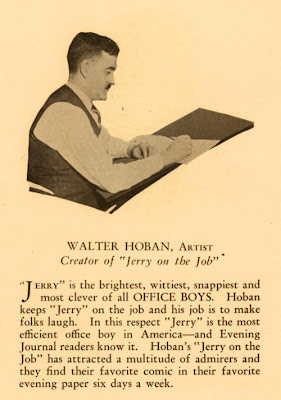 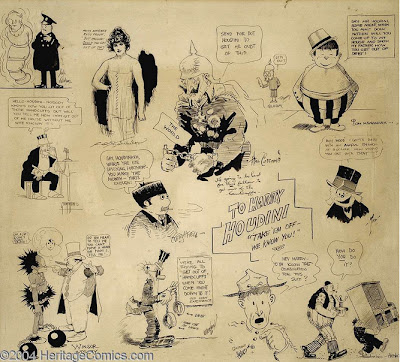 Another jam page, this one given to Harry Houdini.
Walter hob-knobbed with the greats. His cartoon is on the bottom,
just under Houdini's name. Courtesy of Heritage Auctions.