Tracks of My Tiers: A Jimmy Swinnerton 1909 Video and Runaway Pie Wagon Comix 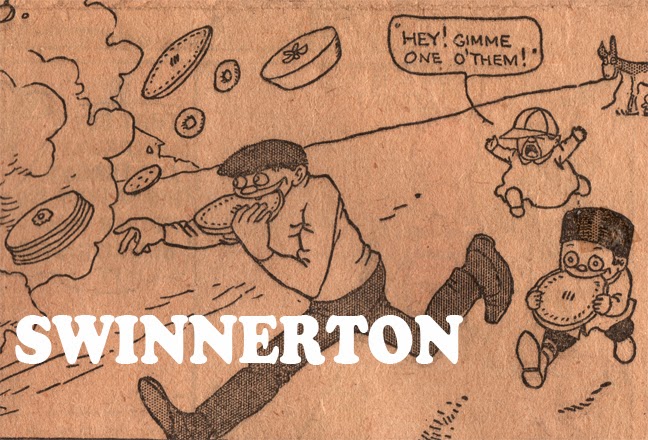 Here's a little video I made from a scan of a great James ("Jimmy") Swinnerton half page Sunday comic, originally published May 19, 1909.

I made this video using PowerPoint, which I do for a living. I was able to use the slide transitions in PowerPoint to emulate the experience of reading the strip's three tiers, left to right. As an experiment, I chose a Dock Boggs song for musical accompaniment. Since the characters in this strip engorge themselves on pilfered sweets, the obvious choice was the Boggs tune, "Sugar Baby" (although the true subject of that song has little to do with the innocent fun in Swinnerton's world). I thought the rural quality of the music might fit with the country scene in the strip.

I am excited to discover how well the structure of the song fits with the strip's architecture. It's as if there was some sort of invisible relationship between songs and half-page to page-long comic strips as they were shaped in the first half of the twentieth century.


And, here's the strip:
The runaway pie wagon was an idea Swinnerton returned to, at least once (probably more) a couple of years later: