For Your Ice Only: A Cool 1926 Milt Gross Nize Baby Color Sunday Comic 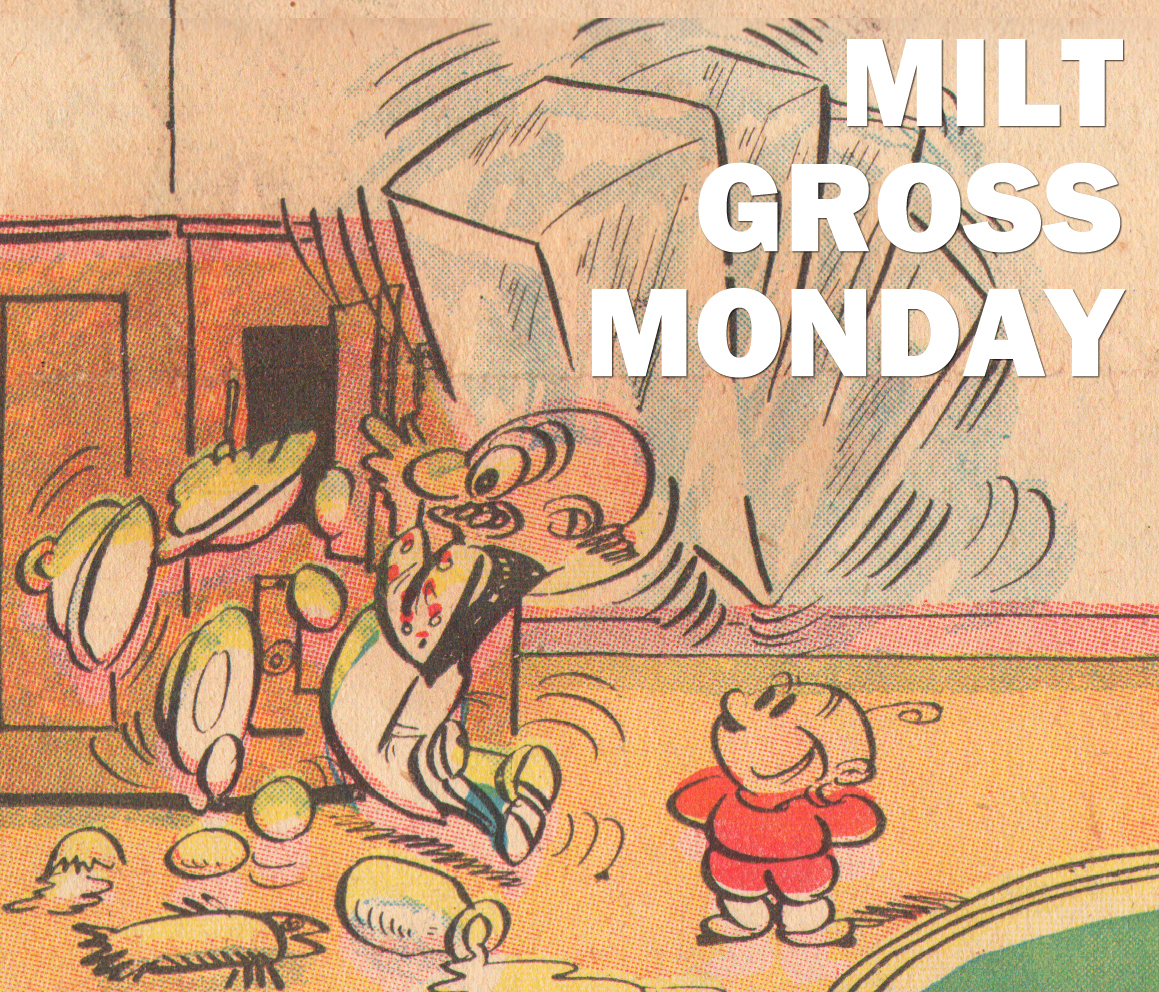 From my own paper collection, I offer for today's Milt Gross Monday a deliciously screwball 1926 Nize Baby that totally cracked me up (cough cough).

Before the days of electrical refrigeration, people had small, thickly insulated cabinets in their home that stored slowly melting blocks of ice. This is how our grandparents and their parents kept food cool and fresh in America. My Southern mother still called her refrigerator an "ice-box," as do I -- to the amusement of some. Back in the day, you had to replace the ice as it melted -- it must have been quite a strenuous and messy task. Milt Gross, in today's comic, uses what was then a common chore as the basis for one of his terrific 12-panel operas of escalation, as Pop Feitelbaum tries in vain to get "de ice in de ice-box."

I think the comics of Milt Gross are superb in all periods of his career, but my favorite is the 1920s Sunday pages, which I think offer some of his wildest and funniest drawings. Today's 1926 comic is a great example:

It's interesting to me to note that the energy patterns in this comic are strikingly similar to the 1927 full page Salesman Sam Sunday by George Swanson that I posted yesterday. Tiers one and three are build-ups of conflict and energy, while tiers two and four are comedic explosions of the situation. Or, you could see this as a times-two repeat of a pattern -- a build-up and release, and then a bigger build-up and a larger explosive release. Instead of the physics-defying flip-take in Salesman Sam, here we get Pop's rage as he spanks his older son, Isidore.

Despite this pattern, visually the climax of the page is the wonderful 4th panel of Pop's circular skittering fall with the block of ice. Screwball comics are unpredictable in their movements, which is part of the delight of reading them.

We've seen in previous postings that Milt Gross liked to sometimes include his own version of a Rube Goldberg machine. The last panel once again shows Milt Gross' debt to to Rube Goldberg as he makes reference to Goldberg's popular comic panel, Foolish Questions.

Tomorrow, we'll take a look at Rube Goldberg's Foolish Questions panel. Join me then! And be sure to stop by every Monday for a new Milt Gross comic!

Keeping my ice peeled,
Paul Tumey
Posted by Paul C.Tumey at 9:44 AM