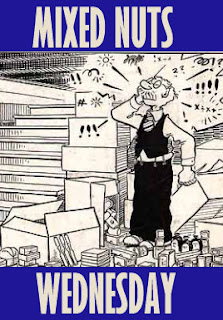 Russ Johnson's Mr. Oswald is one of my all-time favorite obscure comics. Continuing with our Original Art Week theme, here's a gallery of originals that are great fun to read, all from the collection of  Rob Stolzer, who conducted a great interview with Johnson that was published in Hogan's Alley, and which can be read online here.

Russ Johnson was a sort of real life $alesman $am. He actually owned and operated a hardware store in Vermont. For a jaw-dropping 62 years, Russ also wrote and drew Mr. Oswald,  a jam-packed, slightly screwball, highly intelligent comic about hardware retailing that was regularly published in a trade magazine called, appropriately enough, Hardware Retailer.

Admittedly, Mr. Oswald may be the least screwball comic to be published so far in The Masters of Screwball Comics. That being said, it does actually have a mild screwball sensibility, with patterns of escalation, dense visuals, and a wry humor that belies the stiff competency of the drawing.

You wouldn't think that reading a regular comic about selling hardware would be much fun, but in Johnson's hands it's deeply compelling. He has a sort of Carl Barks approach, with logical story structures and rock solid drawings of a seemingly endless supply of objects. There's a Barks Halloween story in which he depicts bags of candy and treats with such absorbing detail that I studied those panels for hours when I was a kid. Similarly, Johnson's panels offer us a plethora of objects and details to study. While he rarely drops in a background gag, as George Swanson does in $alesman $am (another strip set in an overcrowded general hardware type store) Johnson's drawings add the same level of intensity and compression to his comics that we find in some other screwball comics. Russ even created inventory books in which he meticulously drew every item in his store... this was a guy who loved drawing objects!


Besides the Barksian detailing, Johnson also creates a rich cast of characters and invests every strip with conflict, the fuel that drives every story forward. Mr. Oswald is hard-working, but comically grumpy and driven by human weaknesses -- he's a surprisingly complex character for a trade journal comic strip. It's good reading, folks.

There's an undercurrent in Mr. Oswald that tells us life can often be pretty chaotic and nutty, filled with curve (or screw) ball picthes. Johnson flowed the eccentricities and frustrating craziness of his world into his comic -- it was probably what kept him sane. This is very similar to Rube Goldberg's comics, which revolve around the theme of inanity on everyday life.

I first discovered the arcane joys of Mr. Oswald when I read a small article in an early issue of The Comics Journal in the early 1980s. The article announced that Russ had copies available of a small press collection of his comics -- and it sounded fascinating to me. I could tell by the way the writer gushed that this could be good stuff. As luck would have it, just days after reading the article, I unearthed a copy of the book, Forty Years With Mr. Oswald (National Hardware Retailing Association, 1968) in the backroom of Jelly's, the huge legendary comic book/trading card/gaming/CD/toy/book store that I helped manage in Honolulu, Hawaii. I took the book home, read it, and feel in love with the world of selling small objects to crazy people. I could really identify with the comic, since I worked in retail, too. I'm sure that Mr. Oswald was a powerful tonic for hundreds of folks working the front lines of retail.

My copy, now tattered and read to death, has a Russ Johnson drawing on the flyleaf, unfortunately smeared, but still a treasure:


I've only seen 3 copies of this book in my life -- and I go to a LOT of bookstores. However, currently, someone is selling a copy on Amazon for about $30, which is a bargain since this book has a ton of comics and holds up to re-reading, quite well.

But the book, as generous a collection as it is, just scratches the surface. What we have here is a treasure trove of great comics, most of which have never been reprinted and are next-to-impossible to find. I have spent years searching for back issues of  Hardware Retailer to no avail. The search goes on. Someday, someone will get a pile of these great comics together and share them with the world.

When I wrote Stolzer and asked his permission to reprint these scans in my blog, he responded: "Absolutely. Please share, share, share any of Russ's art. The more who know about him the better." That's the sort of appreciation and devotion that these comics can inspire.

With Rob Stolzer's blessing, here's a gallery of scans of Mr. Oswald comics from the originals. Enjoy! 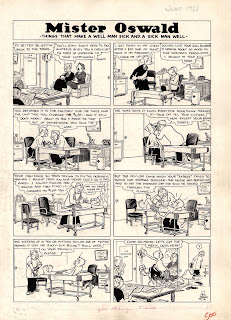 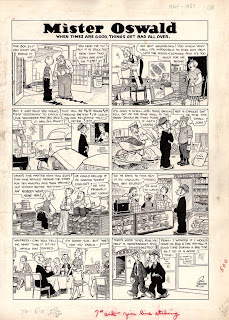 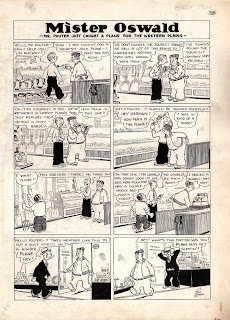 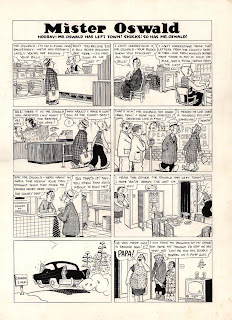 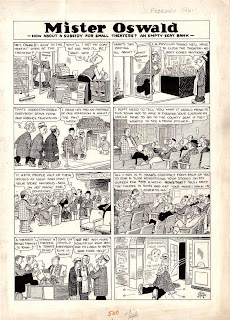 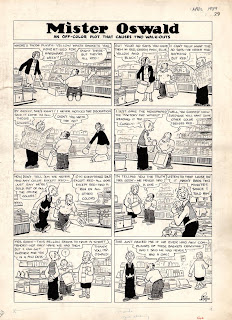 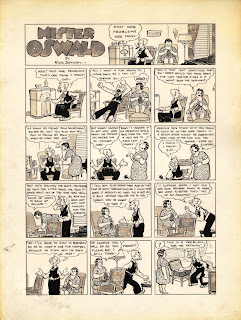 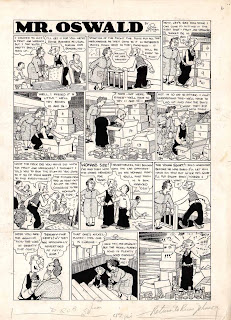 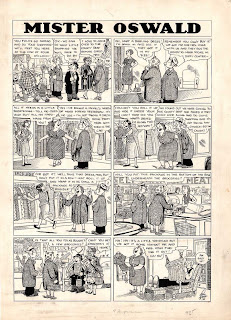 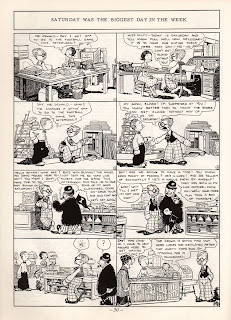