The Cartoons of Frank Tashlin

Frank Tashlin (1913-72)  is a rare example of a guy who wrote and directed both animated and live action films. He's famous for making cartoon-like movies, such as the Jerry Lewis and Dean Martin comedy Artists and Models and the rock 'n' roll classic The Girl Can't Help It starring Jayne Mansfield. Tashlin was a gag writer for the Marx Brothers films. Before all that, in the mid-1930s Tashlin directed some pretty cool cartoons at Warner brothers. Incredibly, he somehow also managed at this time to write and draw a daily comic strip, Van Boring  (1934-37).

While not exactly a screwball comic, Van Boring is of interest in our Mixed Nuts category of screwball tangents, because Tashlin wrote and directed for screwball film master, Jerry Lewis. Supposedly Tashlin, who signed the strips "Tish Tash" modeled the character after his former animation boss, Amadee Van Beuren -- but the character also resembles Oliver Hardy. In any case, these wordless strips are a delight. 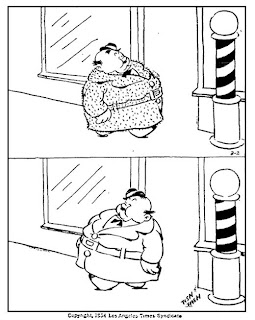 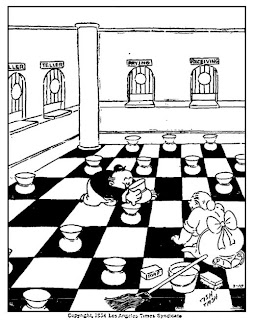 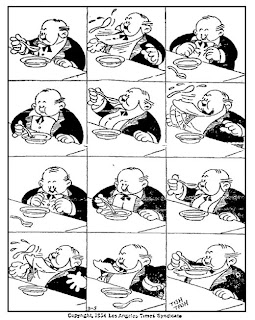 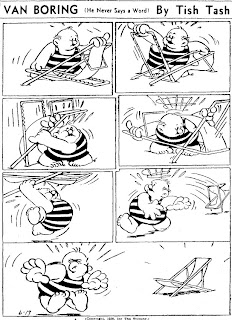 After a while, Van Boring assumes the role of circus animal trainer... 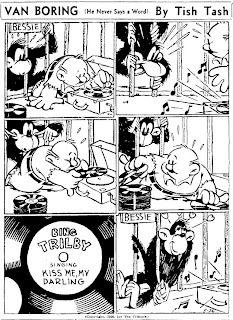 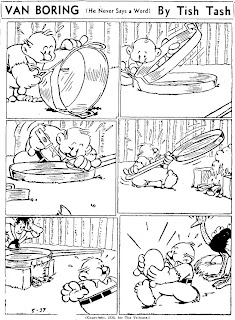 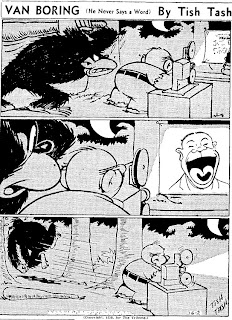 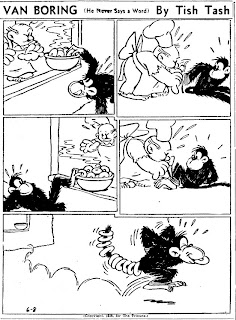 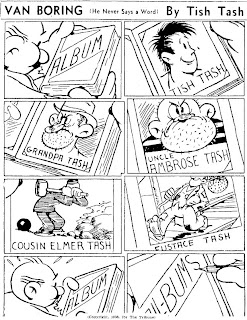 In an interview with Peter Bogdanovich, when filmmaker Frank Tashlin was asked what his movies were basically about, he replied, “I guess it’s the nonsense we call civilization.” That's about as good a screwball statement as any.