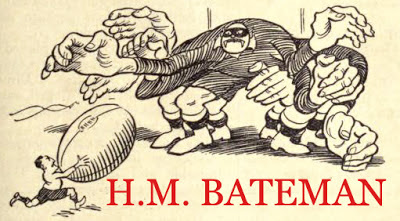 I am super busy at the time of this posting, thus I can only offer brief comments on these beauties, which all  appeared in the pages of various 1922 issues of the English magazine Punch. Harvey Kurtzman cited Bateman as a major influence. In looking at these adept examples of caricature and sequential design, the connection between an early 20th century staid English cartoonist and a mid-20th century New York Jewish master of satire becomes clearer.

A hallmark of Mad creator Harvey Kurtzman's work is the dense, rectangular comic tableau, usually a double-page spread (and often burnished to a dazzling gleam by Kurtzman's collaborator, Will Elder). Consider then this dense, insane 1922 spread from the summer number of Punch:


And speaking of connections to other cartoonist, here's a two page sequence by Bateman filled with sublime surreal images that show Winsor McCay wasn't the only early cartoonist to explore dreams on paper: 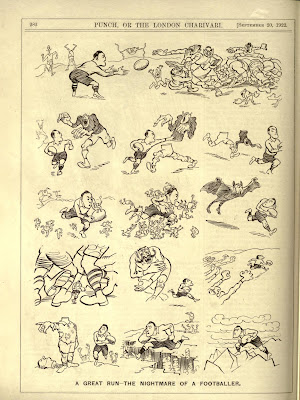 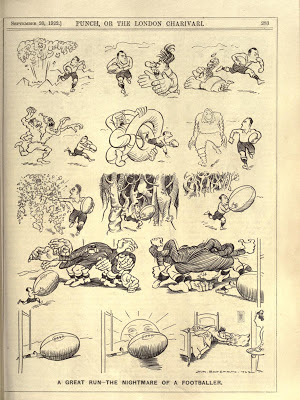 Aside from Bateman's panoramic compositions and his surreal forays, the most notable thing to me about Bateman -- and what makes his work truly great -- is that his cartoons are genuinely funny. The guy, like Rube Goldberg, Milt Gross, and E.C. Segar, could just plain draw funny. Check out the facial expressions and poses of these two characters as they escalate a silly competition to absurd heights -- a similar comic structure to Milt Gross' comics, come to think of it: 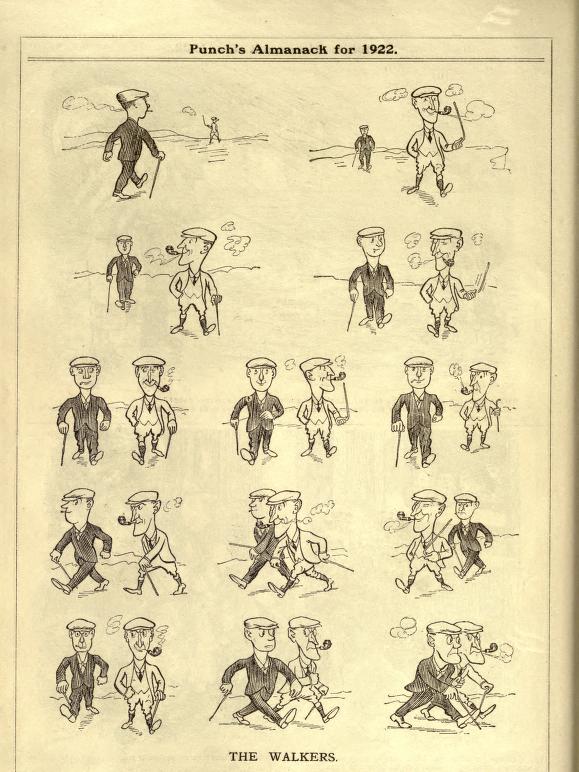 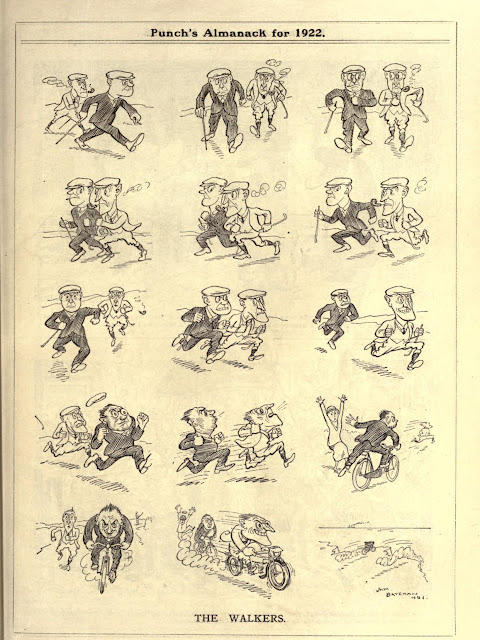 Bateman also published several single panel cartoons in the pages of Punch. Here's a particularly great one. The heroic portrayal of a scrawny, self-important man in shorts and tee shirt is the first serve of humor. After we parry with a guffaw, we are served a rich cast of screwball characters in the wings. Match point. 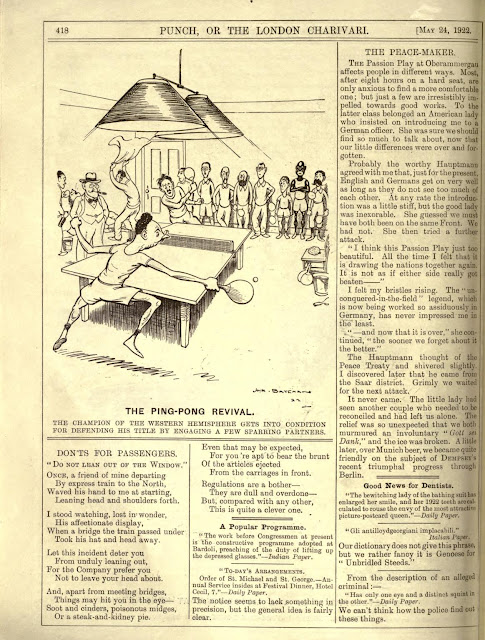 Lastly, here's a hairy page by Bateman that shows a Monty Python playfulness with words. It's doubtful that "beaver" had the slang association in 1922 England that it possessed a few decades later (including an unforgettable literary use in Kurt Vonnegut's Breakfast of Champions). The prickly cartoon images are, as always, funnier and funnier as your brush up against them: 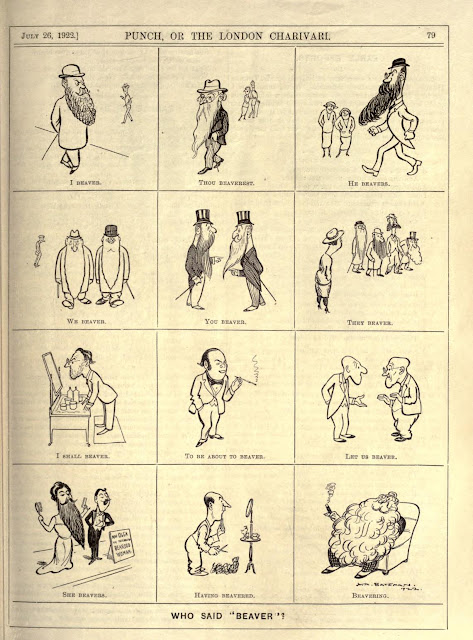 Many thanks to cartoonist and comics scholar James Gill who shared with me the link to this wonderful Punch archive. Be sure to check out his rich and varied blog devoted to essential cartooning by everyone from Dali to Dylan: Cartoon Simple.

This makes 108 postings in 2012 -- most of which contain good quality paper scans from my own collection. WIshing you all the best for 2013.